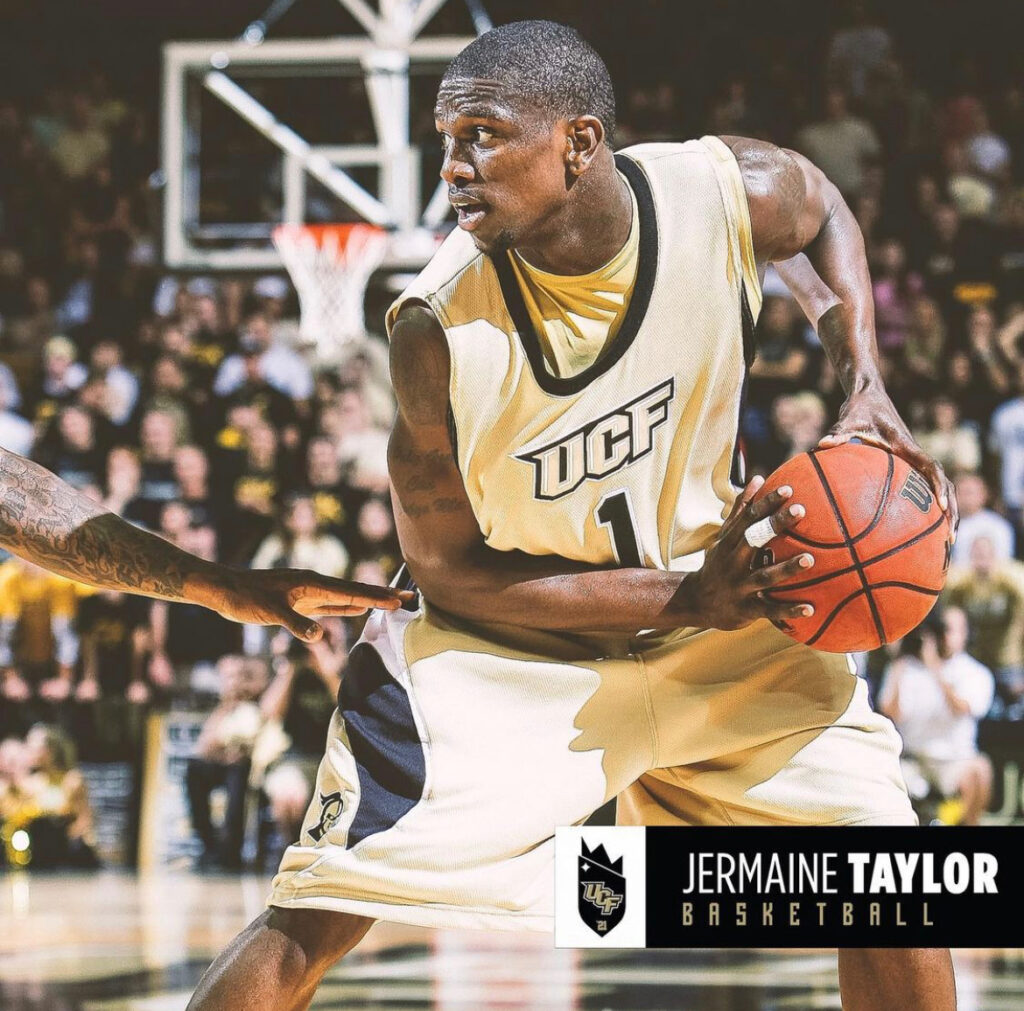 Jermaine Taylor is a former NBA player, former UCF basketball standout, and currently a Big 3 player who also believes in the beauty of giving back.

Taylor made basketball history at UCF, scoring 1,979 points during his college basketball career, the most in the Division 1 era of UCF basketball. Taylor set records during his senior season by scoring a total of 812 points. He would then go on to become the highest-ranking NBA draft pick in UCF history when selected by the Washington Wizards as the 32nd overall pick in the 2009 NBA draft. Taylor made his NBA debut with the Houston Rockets and has also played with the Sacramento Kings. He was inducted into the UCF Athletics Hall of Fame on Oct. 8. 2021.

Taylor, coming from a place like Tavares, Florida, has been looked at as a hometown hero his whole life. With a small population of about 17,000 people, Taylor has been determined to influence his community in a positive way. One of the things he is most passionate about is giving back to the youth and helping kids who cannot afford the opportunities he has had. Along with working to have a positive impact on the youth from his hometown, Taylor has also traveled the world to inspire young kids from all walks of life. Visiting places like Guyana, Tortola, Anguilla, and the Dominican Republic to participate in youth basketball clinics has been a huge part of Taylor’s mission to make a difference in the next generation. Taylor hopes to make a difference in the lives of young people with the same hopes and dreams he had through his Build up the Youth Foundation, which is a nonprofit organization that focuses on guiding, building, and giving back to the youth. Taylor plans on one day having his own gym that kids just like him can visit two to three times a week to hone their basketball skills and have fun while
doing it. With Taylor being motivated to nurture and guide the youth as best he can, it is undoubtedly a “Taylor made situation.”

Book Jermaine for a speaking engagement